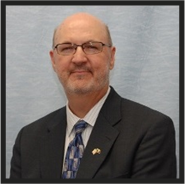 John has been the Pulpit Minister at Jersey Village since August of 2012. He served previously as an elder from 2008 to 2012, the Associate Minister for 4 years and as a deacon for 10 years.

John and his wife Lisa have been married since 1985 and came to Jersey Village in 1994. They have three adult sons, two daughters-in-law, and two grandchildren.

John was born and raised in Branson, MO where he preached his first sermon when he was 17. He attended the University of Central Missouri before spending 25 in the business world. John enjoys sports of all kinds but is especially fanatical about St. Louis Cardinal’s baseball.